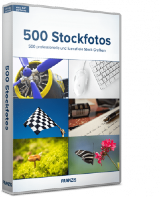 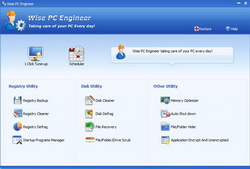 Garmin Express
Developed by Garmin Ltd or its subsidiaries

Simple but effective startup screen, it's very user friendly.
The cleanup tasks are very fast and easy to start.

I have tried all tasks except the defrag task.
The one's i did try are working fine.

Thank you GOTD for this nice and easy program.
And congrats to wisecleaner

I too have made the same mistakes before of running a reg cleaner and went along with their recommendation of clicking one button to "fix" every single suggested erroraneous reg. (BTW, Glary's Utility offers basic reg cleaner just like Wise PC Engineering. Personally, I prefer specialized softwares for reg cleaner, disk cleaner, and disk defragment over all-in-one package because they offer more thorough clean up options.)

After many disasterous experiences, I learn the trick is to not "fix" every suspicious registry noted by the reg cleaner software. Instead, you go over each one and check each problematic reg and find out what their problems are. Reg cleaners are great at telling you what the problems are. For instance, in my case, I found several registry problems turned out to be file path non-existence. In those cases, all I had to do was "modify" using regedit to correct the file path. The only safest thing you can "fix" or "delete" without regrets are your reg.s of "MRU history data" because most of them will rebuild on their own when you re-start the applications later. But even then, I always review each reg and decide if I really need to fix them or not.

The important thing to leave regs that are part of your existing installed apps alone unless you are 100% sure of what you are doing. Only fix "leftover regs" from obsoleted/uninstalled softwares. This is why I suggest you manually review each of the recommended reg before clicking the button.

Another trick is to always make a c drive image backup before you start any registry cleaning. This way if you screw up, you can still restore your hard drive and not have to deal with reinstalling every broken application. Alternatively, backup your regs before you make any changes but I find it much easier to just do an image backup.

Other regs that I don't recommend touching are those pertaining to fonts, temp files, and keys unless are they are leftover regs from some uninstalled softwares.

Hope my personal tips here will those new to the concept of reg cleaners. If you use them properly with caution, you will definitely see an improvement in your PC performance and an increase in boot time speed.

If it helps...
Simplified, Windows registry is a central place for software, including Windows to store whatever data the software's developers want to store there. Sometimes the dev(s) choose to use something like .xml &/or .ini files to store things like options you've set for their app, while others will put all that info in one or more registry keys. That said, there are also things that need to go in the registry because that's where Windows looks to find them... when you install a video or audio codec for example, the only way Windows knows about it is because of the registry entries the codec's setup inserted, & Windows only knows to use the video card/chip drivers you've installed because keys in the registry tell it that's what it should use.

Now, every time you start Windows it reads the registry, & from then on, as long as Windows is running, the registry's constantly being read & written to. With all that activity going on you might think that smaller is better -- after all a one line text file opens much faster than one with hundreds or thousands of lines -- and you'd be right, *But*, your PC/laptop is so fast, & Windows reading/writing the registry is so optimized, that it normally takes an awful lot to make a difference you can notice. Windows continues to work fine on millions of PCs/laptops that have never had a registry cleaner run, ever. Question is: should you run one?

A registry cleaner *can sometimes* still help however... 1st you have the entries it does delete, which *might* be enough to make a difference. And while a registry cleaner isn't going to diagnose a problem you're having, a registry entry it deletes might be a cure. [If you roll the dice enough times sooner or later you'll get 7 -- providing you've got a problem that can be fixed by deleting a registry entry, the more entries a cleaner deletes, the greater the odds it'll delete the one you want/need it to.] Registry cleaners/optimizers can also cause problems... Software developers don't always play by the rules [some of the most noticeable changes Microsoft made to Vista & then 7 (e.g. UAC) were intended to encourage developers to do things the way they're supposed to]. As I said above, a dev can to some extent put whatever they want into a registry entry, & that includes entries that registry cleaners will think are bad or broken. Wading through proposed changes [when a cleaner gives you that option] you can usually avoid bad things happening, but it can also be incredibly tedious.

Obviously it makes sense to make sure you can put things back before you make any changes to Windows registry. Being able to put things back can include backing up, either Windows or just the registry, BUT, having any sort of backup Does Not Mean you can put things back -- it does not work both ways; that's a common trap loads of people fall into, including many who should know better. Make sure that *you* can restore things if/when Windows won't start. If you use ERUNT, can you at least get to a command prompt to run its restore? If you use a backup app do you have a boot disc & the backup ready, does it work, & can *you* use it? Do you have any needed directions printed out, or are you trusting your memory? Maybe consider things like if a family member has a PC/laptop, are you doing this when you can use their system to go on-line if something goes wrong. Once you know that you've got all the bases covered, that you've thought it through & can put things back the way they were, pretty much the only thing you'll risk, running something like the Wise registry cleaner is your time.

registry cleaners sometimes go wrong and delete important ones. I've heard many reg. cleaners claim that they're the best in the market. But not all of them explain why they're the best. I once used Glary Utility's (given away here in the last year) reg cleaner and always regret that i clicked on that button without saving the regs first. most of my programs just don't start! I just can't take a risk and try its reg cleaner. I don't have any test machine like those great commentators who have extra machines. Thanks!

Update:
Locks up during registry cleaning on my machine. Win 7 x64 SP1.

So I tried it a second time and seleted just ONE safe key to delete. 10 minutes later nothing, app is locked up again. Oh well.