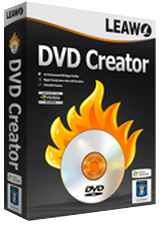 A high quality video DVD can look OK on a HDTV, & even look acceptable on a 4k TV, though it's critical that the mpg2 video be high quality. Most retail video DVDs today do not have that high quality level -- they do that on purpose to discourage copying while encouraging Blu-ray disc sales -- so lots of people [most?] think that video DVDs are solely an artifact of the past. That's not to say that video DVDs will ever look as good as Blu-rays at 1080p, but the cost in time & money is a lot less, assuming that you want to put video on an optical disc that will play in a stand-alone player. While discs do take up physical storage space, they're still one of the cheapest forms of storage.

That said, depending on the hardware you use to play video, there are all sorts of ways you can put video on a data DVD, or burn a DVD to Blu-ray video spec, to overcome the limits of video DVD's 720 x 480 or 720 x 576 non-square pixel video. However you likely won't have anything like DVD menus, if/when that's important to you, and for some projects those menus can be important.

Some authoring apps use code that was developed, often in-house, based on licensed tech, and some don't. Those that did, e.g. DVD Architect, may let you do more, & may have better player compatibility, though compatibility is much less an issue today than it was years ago. Most other DVD authoring apps use the open source DVD Author code -- Leawo's DVD Creator falls into this class -- which has the benefit that it's still actively developed... most DVD authoring software that isn't based on DVD Author uses sometimes Very old code that might have compatibility issues with current &/or future versions of Windows etc.

Because the way that video DVDs work is so complicated, video DVD authoring software has a high abstraction level -- what you do with the GUI has little to do with what actually goes on in the software behind the scenes. Because of that abstraction, the way that you work with DVD authoring software often varies greatly, so if you're not comfortable with the way one app works, there are plenty that work very differently. At the same time, once you learn one authoring app, many, perhaps most people stay with it to avoid another learning curve. Because of that, being able to create Blu-ray video discs with the same software, should you decide to in the future, is a definite plus, and you can do this with Leawo's DVD Creator if/when you buy that option.

The biggest limitations you'll encounter with Leawo's DVD Creator [and Nero & similar apps] is a lack of complete creative control. More sophisticated DVD authoring software will let you time chapter points precisely, even including needed I frames exactly where they're needed during mpg2 encoding. They'll also let you create menus entirely from scratch, rather than using cookie cutter templates. They'll let you do intro &/or outro videos that play when you click a button before whatever title or menu is played, and let you create & control programming logic.

However all of that comes with a steep learning curve [you could really spend years, & not know it all], which is probably not worth pursuing nowadays, since there's a much more limited market & interest in fancy video DVD menus & features. Blu-ray video discs, being more modern, are in some ways easier, but you won't do state of the art menus &/or features using Java, because the necessary software is unaffordable for the average individual. With Blu-ray you could do all the learning to master DVD-type menus, spend days creating those menus, and when you were done still not have something comparable to a pro or retail disc, so again it's probably not worth it to you.

You can find a listing of DVD authoring apps at videohelp[.]com/software/sections/authoring-dvd . You can also get tsMuxeR there, which can help with Blu-rays, including stuff like putting Blu-ray on a DVD disc or putting DVD video on Blu-ray [it's actually part of the spec]. PgcEdit can help modify a DVD that you've created, when the app you used didn't include a needed/wanted feature.

Getting the 'Access violation at address 004038BA in module 'setup.exe'. Read of address 13C80A6D

If this is because I have to disable my antivirus program, no go. There's no reason I should have to do this in the 21st century.

Bit Timer - Interval Timer
This is the first interval timer you’ll see with a set-up that is this fast and easy.
$1.99 ➞ grátis hoje

MTG Mate - Magic Life Counter
This comprehensive app that allows you to easily track your game and find and save your card collection.
$0.99 ➞ grátis hoje