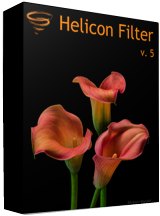 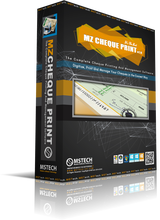 Not possible to install on my XP system, installed and registered without difficulty on my Win 7 test drive.
Yet again another mud coloured interface thankfully brightened up by the demo images rich colours.

Initially it appears to do very little crop, quick edit etc, one of these interfaces where psychic powers would be very useful *.

Obviously with such a huge download it has to do more than this and so I went to their help file.
It would appear it is a real powerhouse, according to their help file, the link below shows its capabilities, maybe worth reading before you download everything.

One thing I really did like was when trying to import images it was possible to scan a whole of my system and put them into a page of thumbnails. This alone would make me want to keep it as my organisation of images is non-existent.

It looks like it has real potential somewhere in it many hidden features, and if it would run XP I could certainly make use of it.

*Really hate these minimalistic interfaces that’s only purpose in life appears to be to hide the programs functions.

XP-Man
I too wondered what the potential under the hood is like, and it was Softpedia website that has many screenshots of key features for todays GOTD offer.

As I already have other imaging software in use, I will skip this, but this imaging tool is nothing short of awesome. Thanks GOTD and Heliconsoft for today's offer, it's a gem for sure!

The further that Adobe moves from the domestic user market to the professional -- and make no mistake, the company's decision to adopt rental pricing for its products is merely business-use leasing by another name -- the greater the opportunity there will be for image editing software that the customer can actually own to seize the audience Adobe has so senselessly abandoned.

There are, of course, a number of such commercial programs already out there, including Serif's offering (which I find over-rated) and DxO's (which I find under-rated: the French developer continues to be up there with the very best when it comes to camera-specific, even lens-specific, editing software.)

What, then, of today's giveaway? The verdict has to be that it's good -- and well on its way to being very, very good indeed. It's clear that a lot of thought and time and sheer hard work has gone into its development; it's also clear that here is developer which really cares about its customers: the help sections are as good a guide to understanding image management as it's possible to get without spending a fortune on specialist books. For that reason alone, I'd advise everyone to grab today's giveaway with both hands.

Software as thoughtfully developed and carefully evolved as this has obviously taken quite some time to get to where it is today. Equally, that imposes on any reviewer the obligation to spend quite some time with it before pronouncing yay or nay. A day simply isn't long enough, so I'll confine my own thoughts to the following:

1) If you shoot RAW, then the choice of conversion options here leaves Adobe and its DNG in the cold. It's actually better -- in my experience, as a LightRoom user -- than LR, and far more convenient, too, than using (in my case) Nikon's free NX converter for batching out to TIFF.

2) if you don't shoot RAW -- and to be honest, most people are not out to create exhibition murals -- then Helicon's jpeg handling is as fast as it's effective: go to presets on the right of the program screen, click on 'more', drop down to Quick Edit (rather than use the tool bar button) and click on the option which includes color, sharpening, and brightness . . . and you've arrived at an excellent starting point for further work.

3) Unfortunately, that further work is going to need the help of other image editors. I'm lucky in that I run everything here from Photoshop CS to LightRoom to SageLight to DxO Optics PRO, but not everyone gets 'em with their work and in any event, they're not indispensable: freeware backup editors like PhotoScape and paint.net are massively useful -- and will be useful where Helicon is concerned, because though there's an easy-to-use brightness control, no such ease of use obtains where Contrast is concerned. That really is something of an omission, the ability to add instant "punch" to an image; Helicon needs to address this sooner rather than later.

(4) The program is something of an all-or-nothing processor. Unlike, for instance, Photoshop, where all effects can be graduated by sliders on an easy, incremental percentage basis -- for example: hit de-saturate, and a color image will lose all its color, but color can then be faded back up or back down according to percentage choice -- Helicon's principal effects appear to be on or off. Fine tuning would be appreciated.

(5) The program is unintuitive in the way it treats user actions. I thought the green backwards and forwards arrows on the toolbar related to the undoing and re-doing of actions, but it doesn't. Instead, a history panel chronicles the effects applied in a check-box sequence; you untick an effect you decide you don't want and that's it, the effect is removed in its entirety. Again, the ability to actually graduate those effects -- the equivalent of 'fade' in Photoshop -- is considerably more desirable than wholesale deletion, whilst a simple "Undo" button would seem to be paramount in re-touching and cloning work seeing as how all such work involves a multiplicity of steps, not every one of which the user may wish to have cancelled out.

That said though, the riches here far outweigh the niggles. This is, as noted, a surprisingly good program, one backed by a commendable developer (and with a user forum, too: a real bonus.) Helicon may not yet be up there with the greats but it's well on its way; anyone looking for a quality image editing product really should capitalise on today's giveaway before the clock runs out.

Thanks, then, to GOTD and to Helicon (with just a tiny word of advice: a new name for this product wouldn't go amiss!)

Hi, I already have 'Helicon Photo Safe' (ver 3.70 release 01 March 2013, Registered to:giveawayoftheday) and Today's 'Helicon Filter 5' work very well together, as one can either edit images selected in Photo Sefe (quick edit), or open them in Filter 5. I always find that type of 'cooperation' very helpful, and in Programs that allow it - nothing better than on-bar buttons to switch between, like in this case.

Most of Presets/Effects in Filter 5 can be found in similar Photo Software, but naturally without them Helicon Filter 5 would be incomplete.
Personally, what I find most useful here is it's Section - 'Distortions Correcting', and without reaching for manual adjustments - Presets there are pretty intuitive, doing job on the spot quite well, so having them 'on tap' on the right side of a picture is really cool. Also, Saturating/Desaturating only some parts of picture (colours) to give an image more artistic look is a nice, handy effect to have and I'm glad to see it too in this Software.

In both Programs the only Feature I cannot figure out is Histogram in Expert Mode 'not doing anything' when sliding the mouse, so that remains puzzling.
In Frames, description on official website claims: 'Third-party vector frames, We offer a large number of free vector frames; you can change the colors for most of them.'.. Where are they to be found? When checking that Section the only 'frame' I could find was solid pink one with flowers around, not going anywhere on my picture. Is it a layer? Any clues?

Thanks for this Giveaway useful Tool! For me - worth keeping.

Installed and runs fine on Windows 8.1. Activation a simple process. A very simple program to use with a basic set of operations and filters. Would seem to suit someone who just needs this simplicity and doesn't wish to learn programs like Photoshop and Gimp which I use as part of photography courses I teach and which can both do everything this does and more. The only negative comment I have is the price which is way to high for a program like this.

Harroman
This awesome GOTD offer appears to be the Lifetime License version, which means this v5.5.4 does not expire, and can be installed on up to four computers.

This is their most powerful license option which they did not have to offer. Most offers here are 1 year only.

Official information is on the license webpage: http://www.heliconsoft.com/helicon-filter-licenses/

Your GPS Location Finder Pro
The app features will remind you where you parked your car.
$1.99 ➞ grátis hoje

Eggplant Stickers
Eggplant Emoji is back on the market with tons of adorable poses, phrases and positions.
$0.99 ➞ grátis hoje