Indulge yourself and delve into an atmosphere of magic, enjoy the unique architecture of the magical settlement hidden amidst the nocturnal forest.
$9.99 EXPIRADO
avaliação do usuário: 194 (30%) 459 (70%) Deixe um comentário 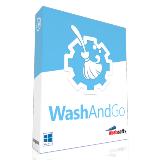 A live wallpaper with adorable fairies fluttering across your screen – does it get more romantic than that? Indulge yourself and delve into an atmosphere of magic, enjoy the unique architecture of the magical settlement hidden amidst the nocturnal forest. This landscape leaves no one indifferent.

The wallpaper will be a perfect choice for those tired of humdrum reality and everyday routines.

Fantasy authors, screenwriters and academics have dreamed up their city of the future. We have our own vision, and Futuristic City 3D animated wallpaper gives you a glimpse. This is a city where skyscrapers touch the clouds, and public transport moves by air. Dreamers and doers living different paces of life, everybody finds their place here. Activate the Futuristic City 3D screensaver and discover for yourself: tomorrow is only a click away!

Chilling horror of all oceans, seven meters of pure malice, the most dangerous species to humans — the great white shark is now on your monitors!

There is a lost city in the sky where brigantines and caravels, frigates and galleons rush. The city stands on unapproachable rocky islands floating high above the ground, defying the laws of physics. Undoubtedly, the forces of magicians and sorceress played a role here! Only bridges hanging over an abyss can get you to the heavens outpost. Fantastic scenery in the Sky Citadel 3D is the best illustration of the possibility of the impossible.

On April 10, 1912, the Titanic sailed to the New World, to the shores of America, along with two thousand people and thousands of hopes and dreams. Gaze at the liner by evening when the future looked bright to the passengers and crew, and the sea was as smooth as silk woven in heaven. All available resources were used to accurately recreate the ship’s appearance. Dedicated to the 100th anniversary of the tragic loss of the Titanic.

Italy's northern town with a southern temperament; the birthplace of Vivaldi and Casanova, where millions of lovers long to be – O, Venice! Head off to the Carnival of Venice, and you won't get your feet wet or overspend: this new screensaver Venice Carnival 3D is your ticket to a virtual party! Feast your eyes on masked strangers and lacquered gondolas ploughing through the glimmering surface of the canals. Taste the true spirit of Venice!

I'm so pleased the giveaway team still give away the odd screensaver. I love some of these for example the mechanical clock, the dark castle, Koi Carp, the tornado at sea etc Of course some of them need updating as graphic engines have moved on since many of the present screensavers were made. We all know they aren't necessary as screensavers any longer, but they are still aesthetic art forms that can be pleasant to look at for a few moments when you need a break from your montors glare. Sit back with a cup of coffee or tea (or your flavoured water)and mellow out for a few moments. :)

Thanks to the giveaway team and 3planesoft for this excellent screen saver.

Installed on a Win 8.1 Pro 64 bit system with the problem, that the screensaver manager doesn't work.

A well known company without name and address. 3Plansoft makes some of the best screensavers - have a look at the mechanical clock.

This is something for the children, they will love it. Don't blame the screensaver makers. There is obviously a market in which they survive since more than ten years.

My favorite was the lighthouse point...

I fail to see how it can have such a low approval rating if the comments are anything to go by. Maybe it's because it's a screensaver and not some mad partition-y magic thing, or some audio-ripping-format-conversion programme. It is what it is, and that's a great screensaver.

Get over yourselves, people!

Thank you 3Planesoft and GOTD - this is an excellent high quality screensaver and animated wallpaper combo. Have seen some of 3Planesoft screensavers demo'ed in the past, and they are all stunning! This one installed and activated without problems on my Windows XP SP3 PC (now obsolete, thanks M$!). Remember to follow instructions in the readme file. It runs smoothly and looks beautiful. If it wasn't for the fact that I live in a 3rd world country with an attrocious monetary exchange rate against the US$, I wouldv'e gone for 3Planesoft's $99 for all screensavers special offer long ago already, and some day I may just give in and go for it. Thanks again!

The Fairy Forest is a magnificient screensaver offering, I think, artwork and animation effects equal to a Disney animated movie. So glad I downloaded it. Thanks GOTD and Planesoft.