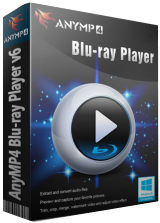 Installed without problems on a Windows7 PC, a Windows 10 laptop, and an HP Microserver. No problem registering and activating the software.

Player interface is clean and uncluttered, almost basic. In appearance, it looks like the old Windows Media Player with a stripped down VLC menu system. Main playback controls - stop, pause, chapter forwards/back are at the bottom of the screen, with a volume slider and window size at bottom right.

Software prefs are limited to selecting a folder for screenshots, and choosing screenshot format - jpg, png, or bmp.

Audio and video menus select the audio track (for multi-language films), video track, subtitles, and picture size. There is also some control over the method of de-interlacing (if appropriate).

Playback of copy-protected BD disks on the PC is not supported out-of-the-box under Windows 7. One can install VLC, and /try/ to persuade it to play Blu-ray - with a little work, installing a two files, but its hit-and-miss whether it works. MPC-HD, (Media Player Classic, a reworking of the original MS Media Player) works IF one also installs software such as DVDPassKey. Or one can install the bloated MS Windows Media Player... no thank you!

Tried it with a couple of known copy-protected disks - Kajaki (fantastic movie that deserved wider release, buy it!), Mr & Mrs Smith, and Killer Elite. All played without problems, although the default window is 'SD size' not HD, clicking on Video -> Normal size displayed the film in the correct resolution.

by default the player opens videos with large black borders top and bottom. Presumably this is aimed at using the software on an HTPC or similar device, or TV, much like a set-top BD player; aesthetically more pleasing. Resizing the program window doesn't affect the video playback (unless you resize it smaller than playback).

Nicely, it remembers the window position and size when restarting. And if you stop playing a film part-way through, exit, and then restart, it resumes the film rather than restarting.

Playback quality is, well, it plays back HD films at HD resolution in the HD colourspace; ie, it does what it says and what you would expect. I opened the same film in AnyMP4, VLC, and MPC-HD, and there was no discernible difference. Given that, I didn't see the point in trying to screenshot the same scene in each and look at the level differences in Photoshop. My PC is hooked to a pair of Dell 2713H monitors (10 bit colourspace) via Radeons with 10bit colour support; looked great. I also tried playback via a Thinkpad T420 to Panny VT50 plasma, with good results (given the T420's limited graphics adaptor) and an HP Microserver with Radeon 5 series gfx card to same screen, with great results. So no issues with playback quality on a range of devices, graphics cards, or display types.

One gotcha. The installer reset file-type associations. I use VLC, and when I went to open an .mkv file for comparison purposes Windows returned the "no program associated" error. Easily fixed, of course, using "open with..." and checking "always use this program". But easily avoided if the installer ASKED whether to associate filetypes, or simply left them alone. Interestingly, Windows didnt suggest AnyMP4 as an option to open with!

One very small playback issue. It supports Blu-ray disk chapters, but unlike VLC doesn't appear to support chapters in mkv files. This isn't a show stopper, and could be fixed very easily.

All in all, a useful, practical GOTD offering if you haven't a BD software solution, and one that can replace a solution based on MPC-HD plus DVDFab-Passkey or similar. I have yet to inspect firewall logs, so dont know if its 'calling home' or anything, but Kaspersky hasn't complained yet :)

One thing I would add. The 'reviews' on the website, like those above on here, are patently false: they are written by non-English speakers (the precise yet incorrect grammar indicates that), with English names. Please, AnyMP4, if you software is good then solicit comments from real users!

Is it worth the supposed $60 price tag? No, given the website price is $35! Frankly, I don't think any player software is worth more than $20 given the alternatives of freeware such as VLC or MPC-HD, but DVD/BD licence key prices may dictate price to a degree.

Summary: clean installer, one minor installation issue, does what it says and does it well. A keeper.

Hmmm, all these positive votes and only five comments, with the first three of them sounding, how should I put this, like they come from the same IP address.....
Registered okay.
Tried on a 3D disc, only played it in 2D.
Tried it on a 3D file, it played it in side by side but could not blend them, so doesn't play 3D files either.
A paid-for BluRay player that doesn't play BluRay 3D is not worth the free option, to be straight about it. There are too many good players that will do it all, VLC, Daum PotPlayer, etc.
Uninstalled.

There is nothing to configure other than snapshot directory. There are no forward/back controls. Volume is not controlled by mouse wheel. There are no hotkeys.

This is a terribly primitive design and very unfriendly to use.

I’ve been searching for a practical player to watch my Blu-ray movies, and I found this one. It’s easy to handle and able to play my Blu-ray in high quality. I love this one, as it can play my other general video formats like MOV, too. Good choice.

William, Jonelin, and Casie, are you three related? Cuz your reviews sound eerily similar. I won't even try this software, since I believe there's some shenanigans going on here, and I am searching for a Blu Ray player. I have an old combo Blu Ray/HD DVD player (remember the format wars?) I have found very few softwares that will play both of these formats. Does this one play HD DVD?

I usually use VLC Media player, so thought i would give AnyMP4 Blu-ray Player 6.1 a spin.

Installed on a windows 10 X64 laptop.

The download took me approx 2 minutes on a slow internet connection.

The actual installation took around 30 seconds, and was an uneventfull process, even the registration was simplified as the box asking for the registration details poped up when the program auto ran after installing.

Initially tried an mp4 file downloaded from BBC iPlayer, there was no sound or video, not sure of the reason for that, looked through the options and could not find a fix. Tried another mp4 file and that played ok, no problems with the sound or video, maybe BBC iPlayer doctors its files to only run with its iPlayer.

StrategyDeck
Strategy Deck — all communication strategy tools in one deck of tip cards in one application.
$3.99 ➞ grátis hoje